Secrets Behind The Stories 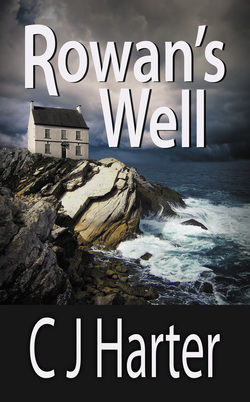 ﻿The great Stephen King says the question he's asked most is: where do you get your ideas? He says that's impossible to answer. He can often remember where he was when he got an idea, or what he was doing - and he shares those titbits with his Constant Readers - but as for where the story comes from...who knows? That's the magic.
I can remember precisely where I was when the kernel of the idea for Rowan's Well came to me: sitting alone on Staithes beach in North Yorkshire watching a young dad walk his toddler to the end of the jetty there. If you've read the book, you'll know where I took that idea. If you haven't yet read it, I'll say no more...
What I can share with you though is where my central character, Mark Strachan, came from...oh, but that would be too easy. Let's make it harder. How about you guess where he came from?
I'll give you some clues, and a disclaimer: the character is based on the physical looks of this person, not in any way on his character or behaviour. Again, if you've read the story, you'll know why I'm at pains to point that out.

Staithes, North Yorkshire
Ok, here goes..
He speaks fluent German.
He's an actor.
He played a character from the world of opera... possibly
He's the only person Emma listens to
Don't get on his wrong side because he can kick ass
He was a betrayed lover in a famous spy story
​His surgical skills are under ground
He has a  smooth deep voice and is in demand for BBC documentary narrations...who do you think he is?